Wondering how it all started ?

Rankboostup started out as Alexaboostup.com in the 1st January of 2008. It was one of the first websites in the world which offered website traffic to website owners. It was simple; Enter your website, your referrer and number of hits you want to receive and alexaboostup.com will deliver those hits as promised. Increasing your Alexa Rank too, which was a big ranking signal in 2008. 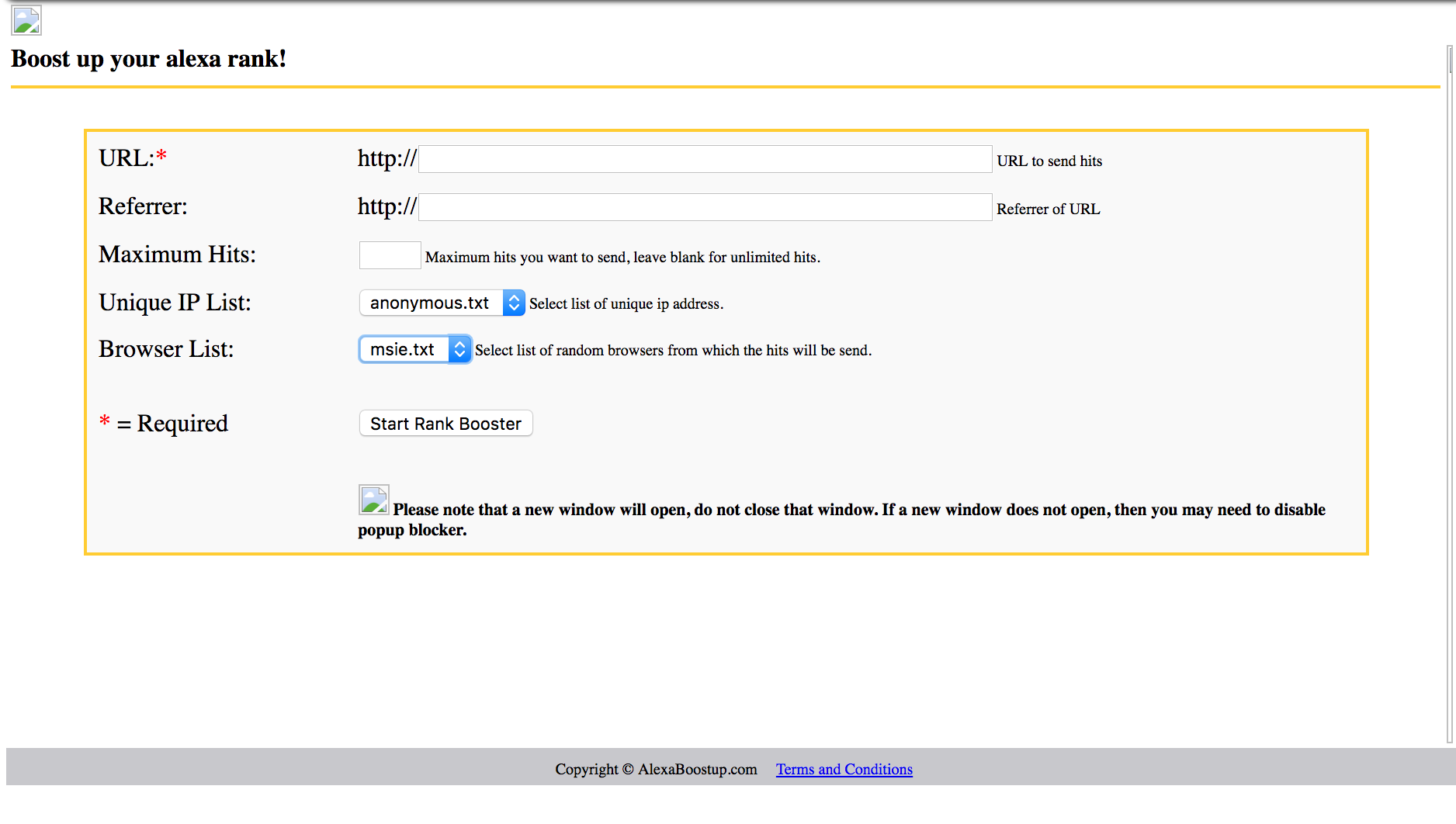 Alexaboostup.com evolved into a full traffic exchange in July 2008, the first traffic exchange ever created. The idea of a single place where website owners can come together and exchange their website links spread quickly and alexaboostup soon became a website with some decent traffic being exchanged. But the first owner of the exchange decided to shut down the service due to personal reasons. 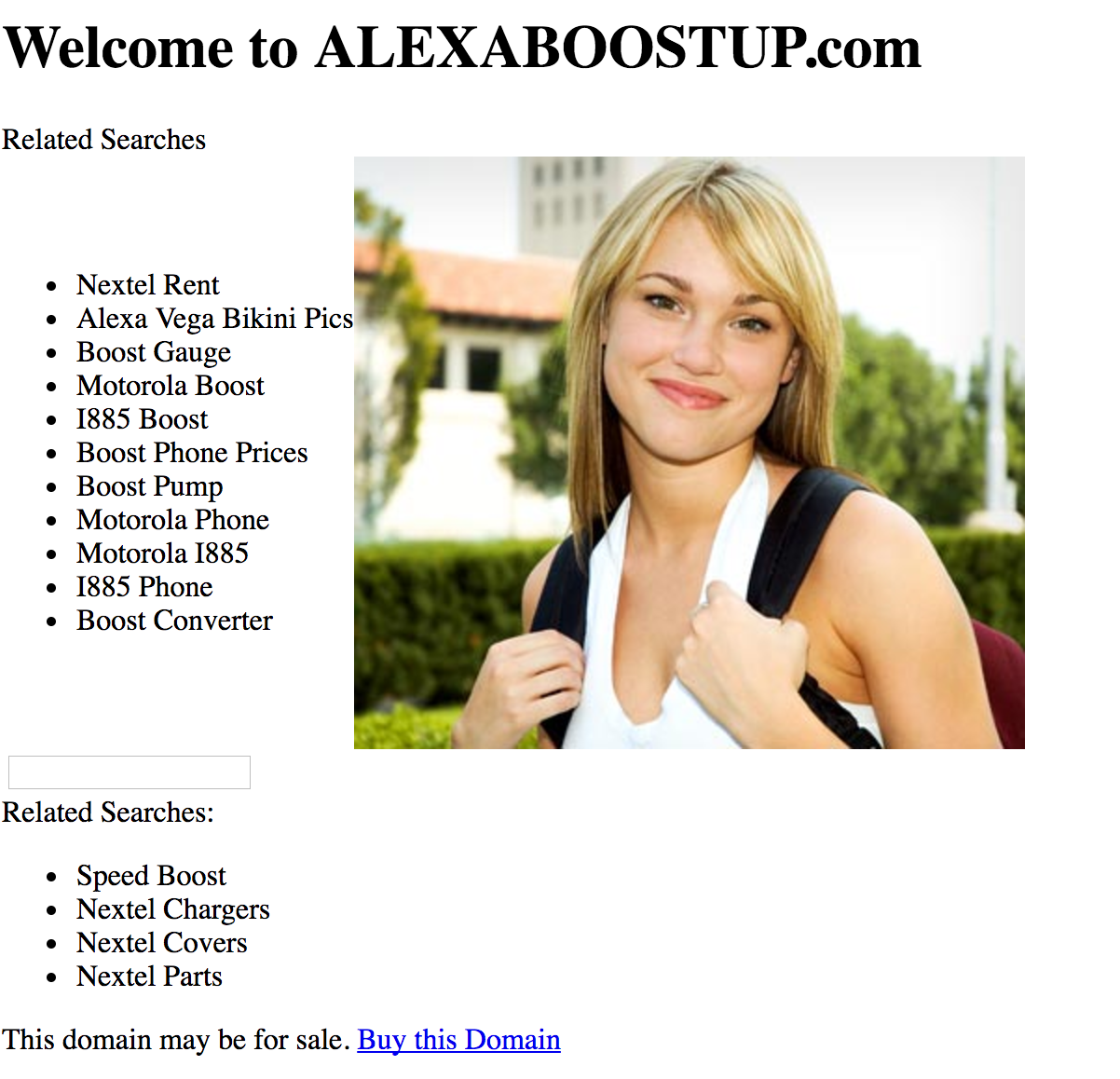 After letting the domain expire, the new owner of alexaboostup.com decided it was best to use alexaboostup.com to create a website about .. boosting, Alexa Vega (a celebrity) and ... phones. What a horrible use of an amazing domain which had a large number of backlinks because of the popularity of the first website traffic exchange. So alexaboostup was at this point a parked domain.

Auto-surf Born from the Ashes

Alexaboostup finally got a new owner who purchased the domain and gave it a much needed injection of creativity. The legends say that this was the same owner that had alexaboostup initially, we will never know! What we do kow is that an auto-surf website traffic exchange was re-built on the website. This was still early days in Traffic exchanges but they were still unfriendly and difficult to use. Alexaboostup changed all that and made it simple to understand. 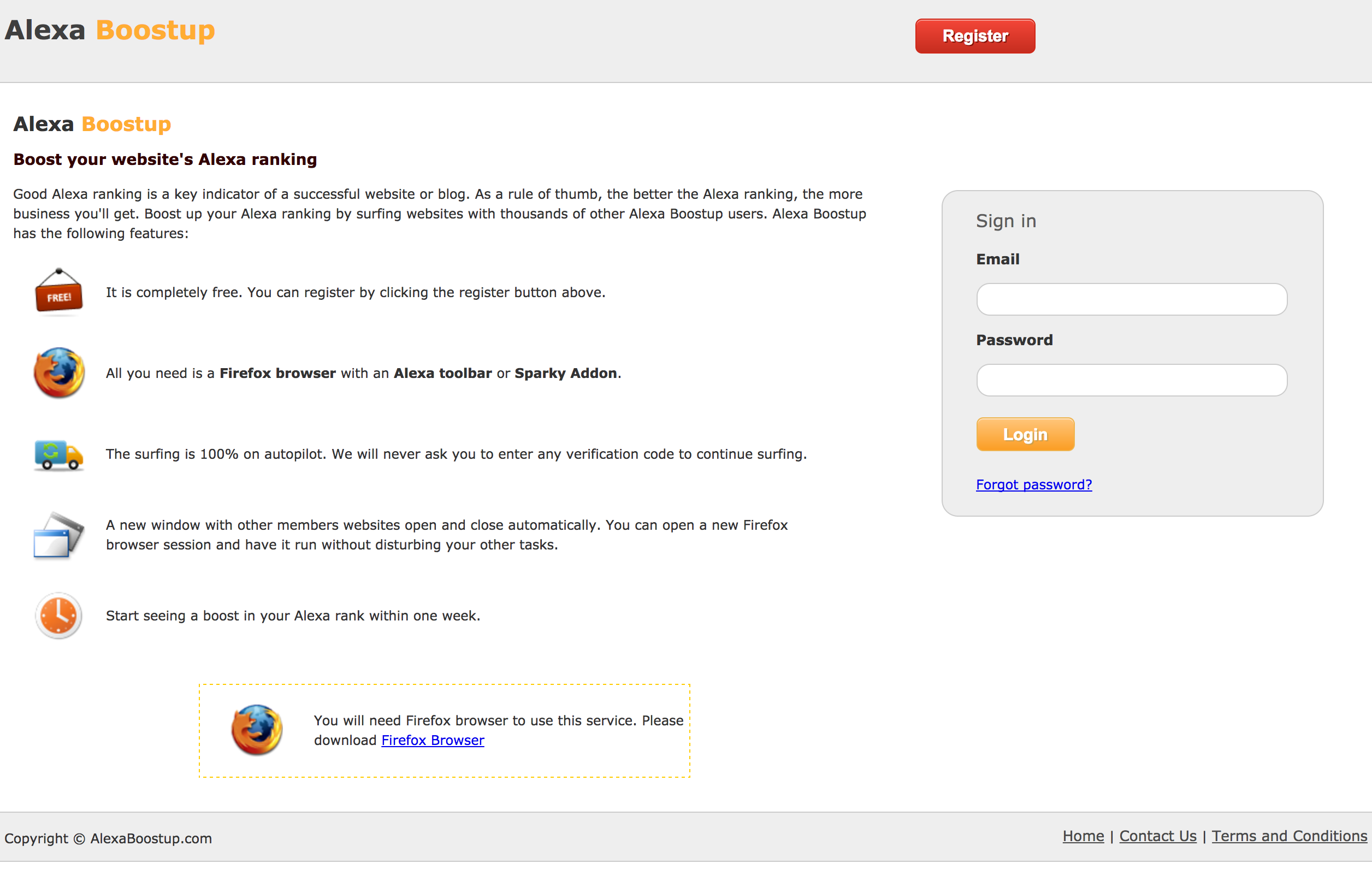 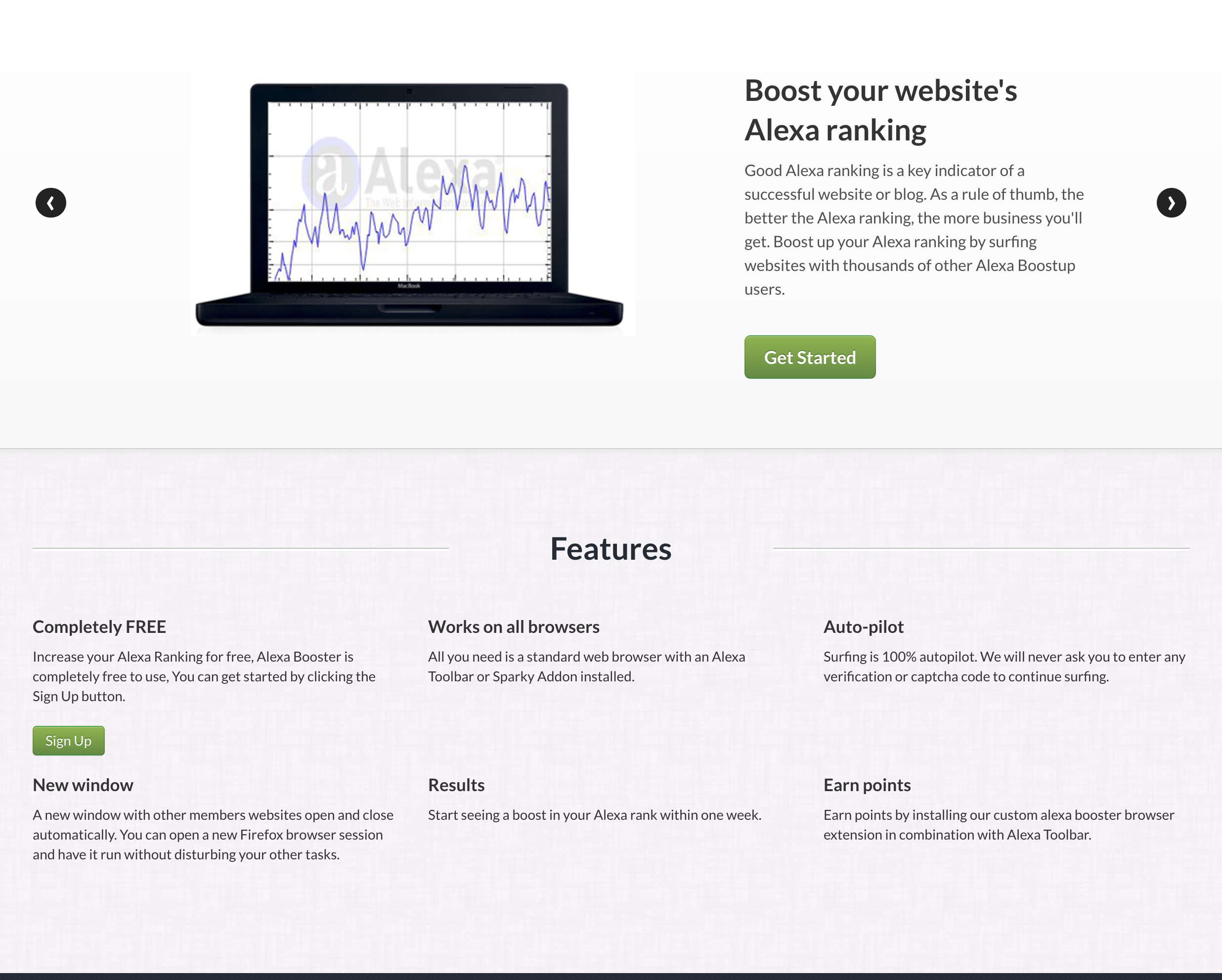 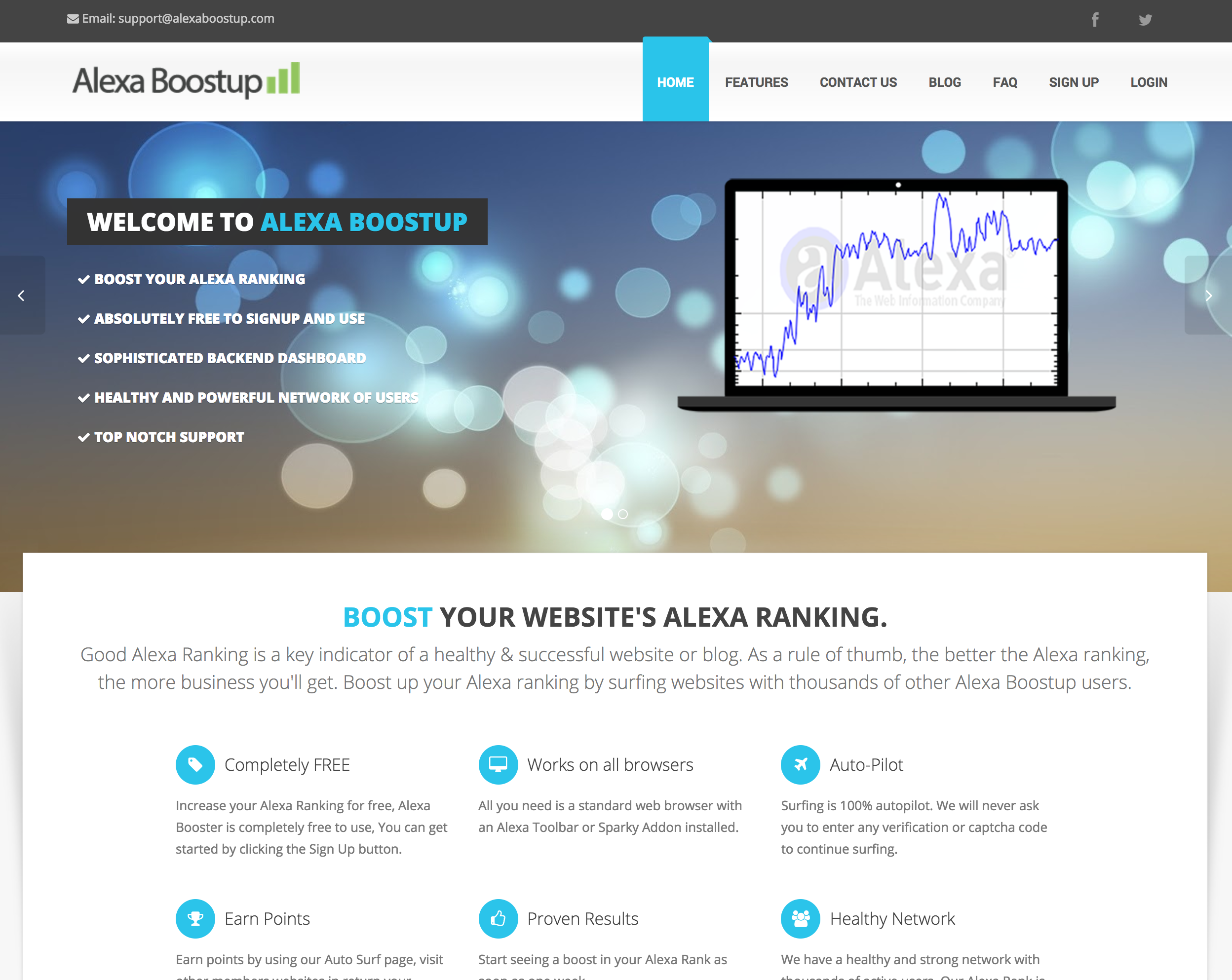 Evolution of The Alexaboostup Traffic Exchange

Alexaboostup then went through a period of change with 2 different versions in just 1 year. This was because a new owner took over the website and had some grand visions for the site. He purchased it on Flippa. You can check out the Auction that started it all. The new owner turned alexaboostup into one of the dominant forces in the traffic exchange industry. It was focusing mostly on Alexa Rankings and worked perfectly to increase Alexa Rankings for website owners with an easy to use dashboard system.

The new Alexaboostup was then sold to Boostup International through an auction. We had plans of our own to turn it into the largest traffic exchange on the planet. Not an easy task.

Alexaboostup was a brilliant website, the best website at increasing alexa rankings. However Alexa was changing their ranking algorithms and also there was speak of a threat that was received because of the use of "alexa" in the domain name. It was time to let go of the domain and the concept of Increasing Alexa Rankings. It was time to re-invent alexaboostup.

The first step was to rename the website and start focussing more on providing a traffic exchange service rather than an alexa boosting service, Increasing Alexa Rank was becoming more and more difficult with recent changes to Alexa Algorithms but rankboostup.com was still able to efficiently increase alexa rank. Finally a new website with a completely new dashboard was created. It was launched in November 2015 and was now called rankboostup.com 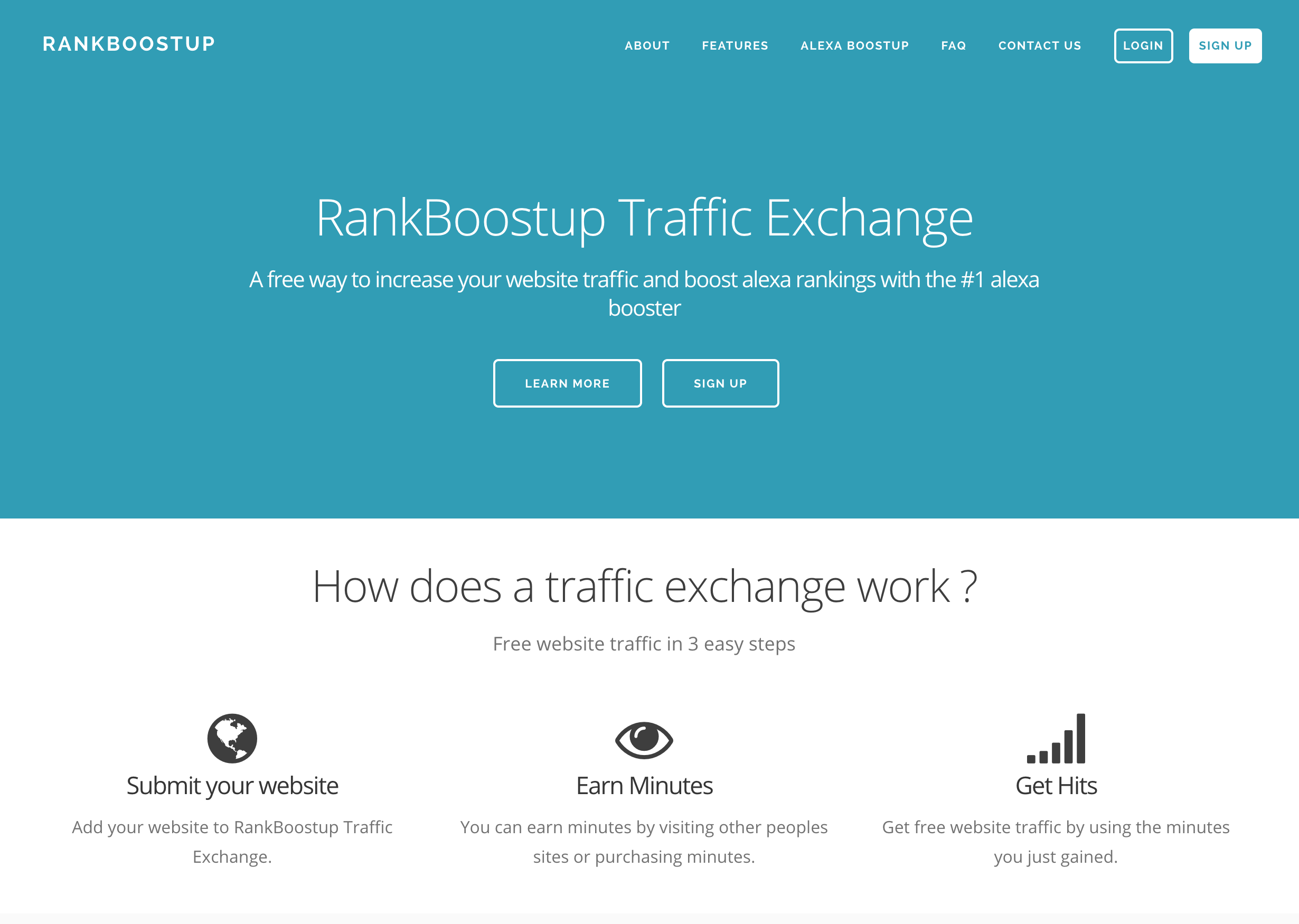 Rankboostup was missing a dedicated browser (Boostup Browser), it was planned to be released with the initial 2015 launch but proved to be very difficult to find a solution for everyone. Rankboostup also was falling behind on pricing, it was more expensive than its competitors. Less users were interested in trying the service even though it was the best quality of any autosurf traffic exchange out there. Rankboostup also sold itself as more of an Alexa Boosting service but still had to use the chrome add-on which decreased the value of the traffic exchange. Finally it was decided to re-launch rankboostup with a new host of services that users interested in increasing their rank would like.

Rankboostup was launched with new features and better pricing. This is the summary